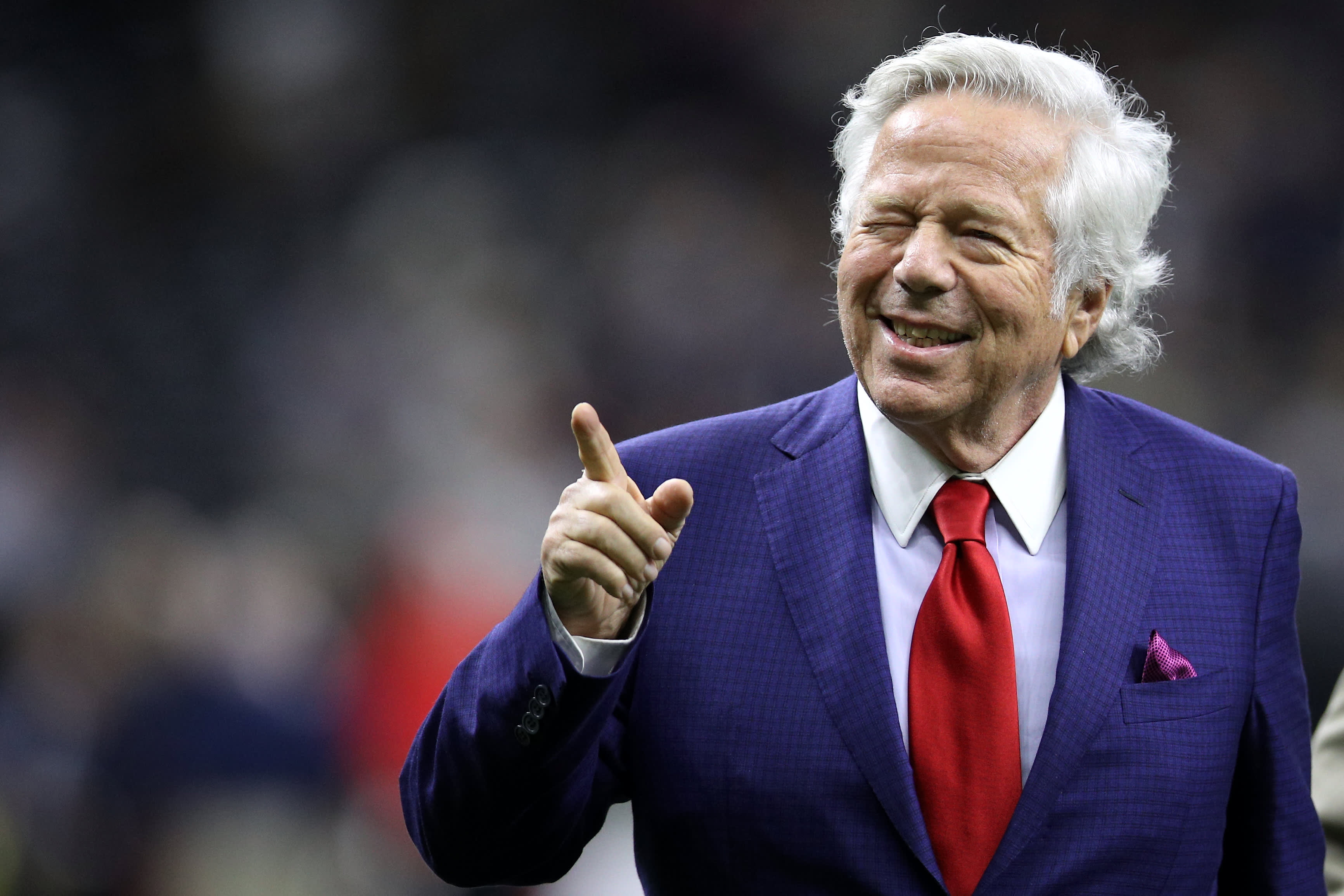 Owner of the New England Patriots Robert Kraft walks on the field prior to the game against the New Orleans Saints at the Mercedes-Benz Superdome on September 17, 2017 in New Orleans, Louisiana.
Chris Graythen | Getty Images Sport | Getty Images

The move was expected after the Florida attorney general’s office said Monday that it would not ask the state Supreme Court to reverse an appeals court decision blocking as evidence videos showing Kraft getting sexually serviced for money during two visits to the Orchids of Asia Day Spa in Jupiter, Fla., in early 2019.

The videos, which have never been made public, were the most powerful, and possibly the only real pieces of evidence, against the 79-year-old billionaire, who had pleaded not guilty in the case.

“Without these videos we cannot move forward with our prosecution,” said Palm Beach County State Attorney Dave Aronberg during a press conference.

Aronberg said that he was “disappointed” by the appeals court ruling.

But the top prosecutor also called the Orchids of Asia Day Spa “a notorious brothel,” and he defended the decision by local police to open an investigation that led to the prosecution of Kraft and two dozen other men. Those other men also had their charges dropped because of the appellate court ruling.

“It is not a lack of will that caused us to drop the charges in the spa cases,” Aronberg said.

“But our hands were tied” by the attorney general’s decision not to appeal the ruling, he added. Aronberg, however, said he understood that decision.

Aronberg’s office on Thursday filed in court two notices of nolle prosequi, a term that means they will not proceed with prosecution in the case, in which the NFL owner Kraft was charged with two counts of soliciting prostitution, a misdemeanor.

“Although there was probable cause to make an arrest, the evidence cannot prove all legally required elements of the crime alleged and is insufficient to support a criminal prosecution,” court filings by the prosecutors said.

Kraft’s second visit to the massage parlor in January 2019 occurred day after his first recorded trip there, and hours before he watched his Patriots beat the Chiefs in Kansas City, Missouri, in the AFC Championship Game, en route to their sixth Super Bowl title.

The criminal case against him had been on thin ice for more than a year, after a trial court judge agreed with arguments by Kraft’s legal team that the videos should be barred as evidence because he and other customers had an expectation of privacy when they went to the massage parlor.

Kraft is CEO of the Kraft Group, a private diversified holding company.

He is seeking to have the videos of him at the spa destroyed.